Anxiety And Asthma: What’s The Deal?

Researchers have long recognized links between anxiety disorders and asthma. Here is what is presently know.

Let’s begin with a little history

Hippocrates. The father of medicine was the first to define anxiety and asthma for the medical profession. He also defined depression, although he referred to it as melancholia.  While he may not have officially linked the three medical maladies, he did say that “the asthmatic should guard himself against his own anger.”1-2

Nervous. Over the next 4,400 years, many physicians referred to asthma as a nervous condition. In fact, many referred to it as asthma nervosa, or asthma caused by emotions. By the 1930s, asthma was described as one of the seven psychosomatic disorders. Back then, you might even have heard someone say your asthma is all in your head. This was disproved by the 1980s when researchers realized that asthma is caused by real biological processes, such as genes, cells, cytokines, chemokines, etc.

Comeback. However, based on more recent evidence, the idea that stress and anxiety may contribute to asthma has made a comeback, of sorts.3 Only this time, there is a modern twist that not all asthma is nervous.

Now let’s go over some statistics

Now for some definitions

Anxiety. According to Merriam-Webster, it’s “an abnormal and overwhelming sense of apprehension and fear often marked by physical signs (such as tension, sweating, and increased pulse rate), by doubt concerning the reality and nature of the threat, and by self-doubt about one’s capacity to cope with it.”

The most common anxiety disorders associated with asthma include.6

Depression. According to Merriam-Webster, it’s “a state of feeling sad : dejection, anger, anxiety, and depression.” It’s also considered “a mood disorder marked especially by sadness, inactivity, difficulty in thinking and concentration, a significant increase or decrease in appetite and time spent sleeping, feelings of dejection and hopelessness, and sometimes suicidal tendencies.”

Anxiety and depression are two of the most common psychological disorders, and may even be caused by similar biological processes.3

How are anxiety and asthma linked?

They share symptoms. Chemicals released during severe anxiety episodes may cause mast cells lining airways to release chemicals (cytokines, leukotriene, histamines, etc. ) that cause airway inflammation, which in turn causes shortness of breath and chest pain.12 Likewise, asthma may act as a stressor that causes stress and anxiety. In this way, common stressors like dealing with  angry bosses or unruly children may trigger feelings of anxiety and symptoms of asthma.

Anxiety may induce asthma. We could consider this a subgroup of asthma (I will discuss psychiatric induced asthma in an upcoming post). Stress from anxiety or depression involves changes inside your body. Short-term stress is good. However, when stress is severe or ongoing, it may actually trigger asthma, and may even make it worse by making your airways increasingly sensitive to your asthma triggers. Anxiety can cause hyperventilation, which can cool airways so rapidly that mast cells release chemicals like histamine to trigger asthma attacks. The combination of these can result in a diagnosis of poorly controlled asthma or even severe asthma.9, 12

Asthma may induce anxiety.  A 2006 Henry Ford study showed a link between asthma symptoms and anxiety, spotlighting the need to focus on improved asthma control in order to reduce the incidence of anxiety. (13) Other research has linked severe asthma episodes, poorly controlled asthma, and severe asthma with anxiety. One theory is that asthma may act as a stressor that contribute to stress, anxiety, and even depression. It’s also possible that the proteins involved in the asthma response (cytokines like IL5 and Il13), may travel through the bloodstream, cross the blood-brain barrier, and have an impact on cells in the brain causing anxiety and/ or depression. A second theory is that the medicines to treat asthma, such as beta adrenergics and corticosteroids.3, 6, 9, 12)

What to make of all this?

I don’t think there is anyone who hasn’t been anxious from time to time, as some degree of anxiety is normal, even healthy. I also don’t think it’s abnormal to be diagnosed with an anxiety disorder, as they are real diseases that are treatable. Undiagnosed, however, anxiety and depression can potentially make asthma difficult to control. Likewise, poorly controlled asthma can make anxiety worse, and may even cause depression. This is something I think is important to be aware of as obtaining control of asthma may involve diagnosing and controlling anxiety and/ or depression. 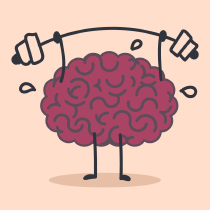 What is Mental Health? 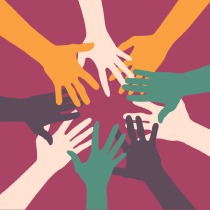 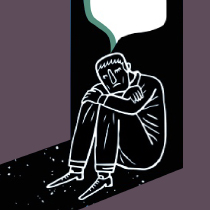 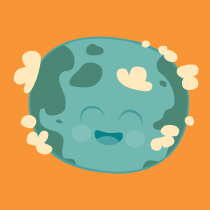