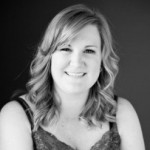 There is a test that can be done to quantitatively measure inflammation in the lungs in those with eosinophilic/allergic asthma, as well as how well your inhaled corticosteroids are doing their job of keeping the inflammation down. The test is called the FeNO test, which stands for fractional exhaled nitric oxide. Your FeNO levels are measured using a small device that measures the level of nitric oxide in parts per billion in the air that you slowly exhale into the machine over several seconds. In allergic asthma when the lungs are inflamed, higher than normal levels of Nitric Oxide (NO) are released from the epithelial cells within the bronchial walls.

The gold standard for officially diagnosing asthma is a pulmonary (lung) function test, or PFT. PFT’s should be done annually or biannually at minimum to assess lung function. However, it is possible for an asthmatic to have completely normal lung function when his or her asthma is under good control at the time of the test. The FeNO test can help confirm the asthma diagnosis when other testing (such as PFT’s) don’t glaringly show it. FeNO testing by itself cannot diagnose asthma. It is to be used in conjunction with PFT’s and medical history and physical exam. The American Thoracic Society highly recommends the use of FeNO testing as part of the diagnosis of eosinophilic/allergic asthma. Both adults and children can perform the test and it can be done in most doctors’ offices. It is important to avoid alcohol, strenuous exercise, caffeine, any tobacco products or allergy shots (and/or any directions given to you by your doctor) for 24 hours prior as they might alter the result of the test. The FeNO test result can be a helpful tool for your doctor to be able to measure your allergic asthma control and also to see if the inhaled corticosteroids you are taking daily are helping the inflammation in your lungs. You might not be experiencing any asthma symptoms at the time of the FeNO test, but can still have high nitric oxide levels. Similarly to how if you track your peak flow numbers, you might start to notice a downward trend before any outward symptoms occur, only FeNO testing is geared toward allergic asthma only.

The test is measured in parts per billion (ppb) and is interpreted as follows:

Nitric oxide levels can widely vary from person to person. When your doctor looks at your results he/she will also take in to account any previous FeNO readings you have had in the past as well as symptoms, other tests (such as peak flow readings and PFT’s), recent illness, your age etc when determining a plan to keep your asthma in check.