Forest fires, Smoke, and Asthma – Not A Good Mix! 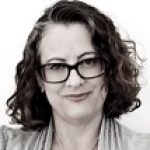 I LOVE summer – backyard parties, shorts and flip flops, not having to wake my daughter up for high school every morning….

I’m not sure how they all start. Someone who thought they had put their campfire out? Kids lighting bottle rockets or firecrackers? A passing train that sets the dry grass on fire?

I just watched TV and the local reporter is talking about how hard it is to breathe while he’s giving his report. And then he warns those with breathing problems such as asthma to stay indoors.

“Particle pollution triggers asthma attacks, heart attacks and strokes—and can kill. Studies of children in California found that children who breathed the smoky air during wildfires had more coughing, wheezing, bronchitis, colds, and were more likely to have to go to the doctor or to the hospital for respiratory causes, especially from asthma.”

Middle Son is one of those statistics. He DID end up in the hospital (ICU actually) from the smoke from a forest fire. It’s really scary to see how quickly a neighborhood can fill with smoke.  And then if you are outside  and have asthma – how fast you can go downhill.  People with asthma can go from bad to worse VERY quickly.

In just a few hours, Middle Son went from:

Yep, it was that quick.

So when another fire popped up that same summer, the same thing happened. The valley filled with smoke again, but this time, everyone stayed in the house or inside at school. I had standing air cleaners going full blast to keep the air in the house safe.

One morning, after the kids were in school, I could suddenly smell the smoke coming inside my house. I thought there is NO WAY we are going through another ICU hospitalization again! And since I have 2 other kids who have asthma, and I also suffer from asthma, I knew we were all in danger. Smoke and asthma are NOT a good mix.

I quickly packed some overnight bags, drove over to the school to pick up the kids, and headed to my in-laws house (a 5 hour drive away.) Hubby was in another part of the state on a work trip, so I called him and said, “Don’t come home, there’s another fire – we are headed your way!”

I felt sick and could hardly drive my van, but knew I needed to get out of there – FAST! I drove for over an hour before we finally got out of the smoke. And it was a white knuckle drive! I was asking the kids if they felt okay and was listening to see if anyone was coughing or struggling to breathe.  It was such a relief to finally find some clean air!

It took a few days for our lungs to calm down and for us to no longer need our Albuterol inhalers , but no one ended up in the hospital!

So, if you are watching the news, and there is a fire near you and they are telling you to evacuate – there’s probably a good reason why!

There is the obvious reason that your house could catch on fire.

But remember that forest fires, smoke and asthma are NOT a good mix!