So This is What Good Asthma Control Feels Like? 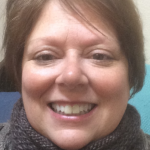 For several years my severe, persistent asthma was poorly controlled. I became accustomed to fearing many situations that could make my asthma flare – climbing stairs or a hill, being outside in the cold or rain, letting myself get rundown, and dealing with stressful situations.

A recent trip to a museum…

My brother who lives in Virginia came to visit me for a week in California. We visited a museum with a rainforest exhibit. Once the doors shut on the exhibit entrance I realized I just entered into a big dome of humidity. I was excited to see the exhibit and spend time with my brother, so the last thing I wanted to do was to turn around the leave to protect my lungs. So I stayed. About 30 minutes later we left the exhibit and I wasn’t coughing or wheezing. We went into a room that simulates fog that made breathing uncomfortable. This time I walked right out. Crisis averted. I did take the elevator and avoided the stairs. I was still breathing just fine. No asthma symptoms.

Staying symptom-free on a trip to Alcatraz Island

On a sunny and very breezy day, we took a trip to Alcatraz. This meant a ferry across the bay to San Francisco, and then a second ferry ride to Alcatraz. On the ferry to Alcatraz Island, we stood outside in the cold wind, a definite asthma trigger. On the ferry, they announced that the island was difficult to navigate due to uneven pavement and a steep climb up the hill that was equal to 13 flights of steps. My brother looked at me said, “Are you going to be OK?” My answer of “I don’t know” was an honest one.

I was seriously nervous at this point. It was getting colder and extremely windy. I had already pushed my lungs by spending a few hours walking faster than my normal pace around the Fisherman’s Wharf in the cold. It seemed my best course of action was to pre-medicate and use my rescue inhaler before getting to the Alcatraz. It had been months since I’ve used my albuterol, so I had to dig deep into my purse to find it. I primed the inhaler by shaking the inhaler and spraying 2 puffs in the air. I took two puffs and hoped I wouldn’t slow my brother down on our tour.

There was an option to get a ride to the top if you had a medical condition that required it, but I wanted to see if I could make it on my own. The first section wasn’t too hard. The second section was a little tougher, and some of the other visitors were starting to slow down or give up. The third section really slowed me down. I took it slow, stopped when I needed to, and made it to the top. My brother was very patient.

Once inside the prison, we were directed to take a flight of steps to start the tour. Oh no . . . I was not about to attempt a flight of stairs after all the steep climbing. I asked an employee if there was an elevator. There was, but getting us on it was a production, starting with employees yelling to each other “they need an elevator!!!!” I was a little embarrassed but thought passing out on the stairs would be more embarrassing. Once we took the elevator to the second floor I felt fine and had no trouble navigating the prison tour. Because I’m so short, by Fitbit said I actually climbed 25+ flights of steps, not the 13 they announced. Again, no asthma symptoms.

At the end of the week, I marveled at how I made it through without having an asthma episode. I realized, this is what have well-controlled asthma feels like. It is such a happy yet unfamiliar feeling.  I’m afraid this feeling will be short lived, and it’s just a matter of time before a trigger (or several) put me right back into poor asthma control. Until then, I’m going to enjoy every moment of easy breathing!