Asthma and Hot Showers – The Danger 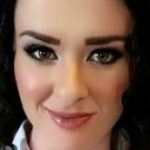 I never really considered that my love for hot showers to sooth my fibromyalgia aches could turn into a problem for my lungs. But the tables ended up turning on me and I learned that a hot shower in a closed bathroom was not good for those of us who do not have good lungs. Unfortunately, it took a bad health situation for my husband and I to learn the risk that the hot showers presented to my health, specifically my lungs ability to get enough oxygen.

I was hospitalized for pneumonia

At the beginning, it was not an issue for me because my lungs were not as bad as they ended up getting in 2016. Unfortunately, I ended up getting an extremely bad case of pneumonia, which we were unaware of until it took over my lungs. I was intubated for 15 days and stayed another two weeks in the hospital after the intubation.

During the last two-week period I obviously had physical therapy and much of it was focused on my breathing and lung capacity. A lot of deep breathing exercises were given to me because of the effects of being intubated for so long and then being in a hospital bed (which causes you to not breathe very deeply). I was still on a nasal canula with oxygen while in the hospital.

We were truly at a kind of loss and definitely unsure what to think of everything. The pneumonia took us by surprise, along with the hospital stay, and I had plenty of frustrations with my weakened state and need for physical therapy. My husband was already helping me take basic sitting showers in the hospital because I had no strength to do things on my own. Throwing a ball back and forth and blowing into different contraptions for my lungs was getting annoying.

Briefly, before leaving the hospital, I had a new physical therapist, who told us a very important piece of advice that still holds true to today. Be careful of hot showers, especially if the bathroom door is closed. Why? The heat and steam will reduce the amount of oxygen in the bathroom making it harder to breathe. It made sense once somebody said it to us, but it is not something we had considered on our own. Unfortunately, this was very credible information.

Even though I was on oxygen when we first came home, we still had some issues trying to shower. I struggled to breathe in the shower despite us trying to leave the door cracked and an inhaler close by in the bathroom. Even now that the kids are out of the house, that time has passed, and we shower with the door completely open, there are still times that I have to open the shower curtain and attempt to catch my breath again. I am far healthier now than I was when I first got home from the hospital in 2016, but the challenge with losing my breath is still there.

Considerations for showering with asthma

If you have struggled to breathe while taking a hot shower and a bath, hopefully, this has helped you see why that is occurring. The best advice I was given was to leave the bathroom door open or particularly open, if your bathroom has a vent fan turn it on, and if you still struggle to take a cooler shower. As always, keep your inhaler close by. And don’t forget to discuss this with your doctor.

Do you ever lose your breath in a hot shower or bath?