What is late onset eosinophilic asthma?

As noted, it’s a combination of:

So, to understand this rare subgroup of asthma, we must have a basic understanding of what eosinophils are, along with their role in asthma.

Eosinophils are responsible for about 50% of all cases of asthma, particularly childhood-onset and allergic asthma (extrinsic). They are white blood cells (leukocytes) made in the bone marrow that are summoned to your airway during asthma attacks. When they come into contact with airway cells they release their contents, which include chemicals that cause both upper and lower airway inflammation, meaning the sinuses, nasal passages, and lower airways.7,9,11

It’s defined when eosinophils in sputum represent greater than 2% of inflammatory cells for five consecutive years.13 It is sometimes diagnosed in childhood, although it’s most often diagnosed in adulthood, which is why it is often referred to as Late or Adult-Onset Persistent Eosinophilic Asthma.

Asthma is considered a disease associated with some degree of chronic (it’s always there) underlying airway inflammation. This makes your airways twitchy to asthma triggers, exposure to which cause asthma symptoms. Eosinophils play a key role in this inflammation and are probably responsible for it becoming chronic.

This means that most cases of late-onset eosinophilic asthma are associated with persistent eosinophilia despite the highest doses of inhaled corticosteroids and frequent boosts of systemic steroids. This means they have severe asthma.7

A sputum sample can be easily obtained and taken to a laboratory where eosinophil cells can be counted. For most asthmatics, sputum eosinophils are elevated when asthma gets worse and decrease when asthma improves, such as when corticosteroids are used. Persistent sputum eosinophilia despite the highest doses of steroids is the best indicator of persistent eosinophilic asthma.4,11,12

Eosinophils are known to infiltrate tissues of the upper as well as the lower airways, this may lead to sinus infections, nasal polyps, and eosinophilic otitis media, all of which are very difficult to treat, and may require a referral to an ear, nose, and throat (ENT) doctor. Antibiotics may help with sinusitis. Systemic corticosteroids (prednisone) may help with otitis media. Even following surgery to remove nasal polyps, they often grow back, and sometimes quickly.7,10

Eosinophils may be abnormally elevated due to the presence of certain asthma genes. These genes, or gene mutations, may encode proteins that tell immune cells to produce in abundance chemicals responsible for eosinophil recruitment. Researchers have theories to explain the exact mechanism involved, which I may discuss in a future post.

Early diagnosis of eosinophilic asthma is important, as prolonged and untreated airway inflammation may lead to lung scarring or an abnormal thickening of airway walls. Chemicals released by eosinophils may also play a role in airway scarring. This causes permanent airway narrowing, resulting in asthma that is only partially reversible. This may sometimes be confused with Chronic Obstructive Lung Disease (COPD).1,7,11

Similar to COPD, some shortness of breath may be present even on a good asthma day. This may cause a blunted sense of shortness of breath. When asked how they feel, even though you may observe the signs of asthma, they may say, “I feel fine.” This is something their doctors have to watch out for. Rather than using symptoms monitoring to decide what actions to take, they may be better off using peak flow monitoring.7

There are other asthma subgroups that may overlap with eosinophilic asthma, and these include allergic asthma (sometimes) and Aspirin Exacerbated Respiratory Disease (frequently). It may also be associated with allergic bronchopulmonary aspergillosis and Churg–Strauss syndrome.11

Eosinophilic asthma is a rare subgroup of asthma, and it may often go undiagnosed. However, if recognized and treated aggressively, good asthma control can be obtained. 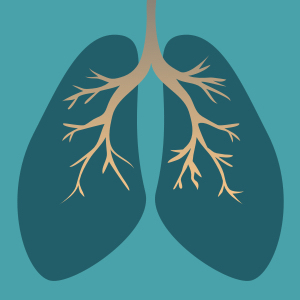 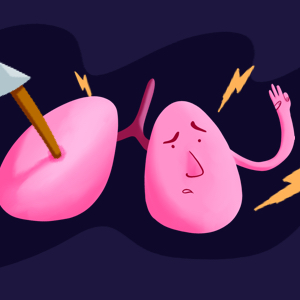 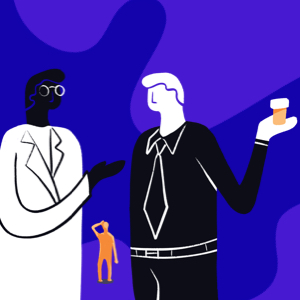