Things That Make Me Go Hmmm… 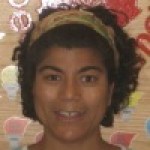 I had one of those asthma days where you just can’t figure out your symptoms, triggers… etc. It reminded me of the C&C Music factory song “Things that make me go hmmm….” Today was a day where my spirometry was seriously not making any sense to me. I had a few days of increased symptoms and on physical exam by the fellow, I had decreased breath sounds in the lower bases. There was a lot of conversation that maybe I was on the brink of exacerbation, that I was doing to need a burst of prednisone, then the conversation shifted to the need for a different type of bronchodilator (Atrovent) to be administered before I left my appointment. It was decided that we would do spirometry and then go from there.

The Respiratory Therapists (RT) in my care center are amazing. The spirometer was calibrated (I was the first appointment of the day) and we were off. Lo and behold my spirometry was good. Good spirometry is relative. I have a pretty crappy FEV1 in general. This is a good time for a reminder that every asthmatic is different and only your doctor can determine what is normal and abnormal for you.

So here we were with a bit of a puzzle, decent spirometry but not so good physical exam. The doctor chalked this up to variances in the correlation between spirometry and symptoms. Mucous was also blamed as a contributing factor, SOMETIMES things just don’t make a lot of sense. I definitely had limited breaths sounds which were not only confirmed by two doctors and perhaps my mucous issues were the culprit. I could have had plugs in the lower bases that were cleared after all the spirometry…etc. Since the highest value is used this could also be a contributing factor. The physical exam was before the spirometry the sort of Eureka moment was the fact that I had to withhold my bronchodilators for this particular appointment and that could have been enough to cause the decreased breath sounds. The doctor was only moderately convinced this was the case.

Asthma is kooky and variable, and there are a lot of factors that could account for changes. As a side note, I had been tracking my peak flows and they were also a bit all over the map. Last week, I ran into a couple unsuspecting triggers tar and a gaggle of smokers who could not be avoided before the triggers had already caused bronchoconstriction. I was also around a couple of people who had not indicated that they had been recently sick, the joys of the holidays (Canadian Thanksgiving). All of these things could have contributed to variances leading up to my appointment but the jury is out on these being directly related.

The bottom line from the appointment was that I had to take my bronchodilators in the office and wait under supervision. Unfortunately, this isn’t my first time in appointment detention, there was the aftermath from methacholine challenge and a post IV steroid incident. At least there is wifi and the RT’s are lovely. My lungs opened up and the doctor cleared me to leave. There was a bit of a discussion about me generally needing more bronchodilator action in general. At another time we will discuss my life as a poor perceived.

This experience sent me on a quest to find out more about variances between a physical exam and spirometry. I did not find a lot of exact matches in my google or academic journal search. There are documented correlations between triggers, patient technique …etc. I am going to keep searching and reproach the subject with my doctor. Stay tuned for more info as it becomes available.