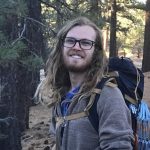 While in college I studied medical anthropology, which is the study of human medicine, it’s diversity, and it’s efficacy. This included western medicine with its philosophies, but also medicine that is alternative to western biomedical practices. Within these alternative medicines, one practice I studied was Traditional Chinese Medicine (TCM) and it’s history, philosophies, and practices. While immersed in westernized culture, we considerer TCM to be an “alternative medicine”, although, it is a primary medical practice in Chinese culture. This will be a brief introduction to Traditional Chinese Medicine and my experience with its treatment of my asthma.

Many consider biomedicine to be empirical medicine, based on quantification and research. While this is evidently true of western biomedicine, TCM also has immense amounts of research behind it as well. However, TCM uses an entirely different diagnosis and prognosis system, it’s based in a culturally relative energy called “Qi” pronounced (CHEE).

Qi is as significant as blood and breath in TCM. The focus of good health surrounds managing the flow of this energy in the body. When there is an issue or illness with a patient, the diagnosis is geared towards understanding where the Qi is moving in excess or being blocked. There are ‘meridians’ within every body and these are points where Qi gathers, crosses or splits. Meridians are a key focus of prognosis or treatment, manipulating them in ways to restore the natural flow of Qi.

This practice involves the use of very small needles, placed into meridians, to restore the flow of Qi that is imbalanced. It is probably the most commonly known treatment of TCM. Acupuncture has been so effective that many health insurances cover it as complementary medicine, even in the western biomedical culture.

Like Acupuncture, fire-cupping is used to stimulate the meridians as well. However, rather than needles, glass cups are flash-heated with fire then placed on the body. This heat creates a suction on the skin, which is believed to pull toxins or blockages out from a compromised meridian. This has been commonly appropriated in physical therapy now, as a method of relieving tension in the muscles.

Just as biomedicine uses supplements, diet, and pharmaceuticals, TCM also uses these as co-treatment and preventative medicine. The importance of maintaining a healthy diet has been a long-standing philosophy to maintaining Qi balance within TCM. Specific diets and herbal medicines are often prescribed by TCM physicians to promote the Qi required to either heal or maintain health in the body.

My experience with Traditional Chinese Medicine and asthma

In the field of anthropology, it is common practice to understand the foreign through experiencing it; this is my experience with TCM.

Going into finals one semester, I had a terrible lung infection and sinus infection. I had been using my inhaler and was on antibiotics, however, was improving slowly. This was also the semester where I had been working with a TCM physician and learning about the philosophies and practices. So, I decided to call my insurance to see if acupuncture was covered – and it was! I decided to experience TCM first hand. The week before finals I went in to get acupuncture.

First, the physician asked about my symptoms, then looked at my tongue (a common diagnostic tool in TCM). She responded by saying acupuncture (what I went for) was the wrong treatment; I needed fire-cupping instead. Trusting her judgment, of course, I gave her the ok. She proceeded to perform the fire-cupping, which was exciting to watch.

As a ball of cotton was lit on fire, she would put it in a glass cup for a few seconds, then place it my back. I had about a dozen larger cups and half a dozen smaller cups on my back for half an hour. I took the time to meditate and process what I was experiencing. It felt good, like a massage with warmth. Because I was relaxed, I was breathing steadily as well. I noticed briefly that I was not coughing either, which I found odd. After the treatment, she prescribed oolong tea two times a day and warm foods with probiotic properties to counter the antibiotic’s destruction to my gut biome.

The result of my TCM treatment

After the session, I could breathe through my nose for the first time in weeks and my lungs felt more clear than they had in the month prior. I thought, “Either the antibiotics worked instantaneously while I was in the room, or the treatment definitely helped.” Through my week of finals, I was astonished by how well I felt and how little I was coughing. I hardly used my rescue inhaler at all. My TCM mentor was excited by the results and commented on how successful biomedicine and TCM can be when used with each other.

Things to be cautious about

TCM uses a a lot of herbs and sometimes the burning of herbs. Moxibustion, for example, is a meridian manipulation treatment. It is the burning of died mugwort near the skin to promote different Qi flows through warming meridians and expelling cool energies. It is the source of a potentially asthma-triggering smell found in some acupuncture clinics.

Traditional Chinese Medicine may sound odd to those who grew up with western medical practice. Though, it’s important to remember a key pillar of anthropology when leaning about foreign practices; cultural relativity. TCM comes from very different historical and geographical influences, creating different ideas about what health and wellness are. That being said, it is universally accepted in its relative culture, just as biomedicine is in our western culture.

My limited experience with Traditional Chinese Medicine and asthma was undoubtedly positive, especially when used in collaboration with my biomedical doctors treatments. Always discuss with your primary care doctor before going to receive TCM treatments, and contact the clinic first to avoid possible triggers. If you have experience with TCM, I would love to hear them. I encourage you to share your story, if you’re willing.