Generic Asthma Inhalers Coming On to the Market 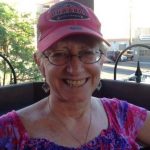 Have you heard the news? The U.S. Food and Drug Administration (FDA) has begun approving generic versions of some of the more commonly used asthma medications available via inhaler.

I don’t know about you, but this makes me very happy. There was a time in my life when I had great insurance with a prescription drug benefit, so I never thought much about the cost of my asthma medicines. But then I became self-employed and went without health insurance for a dozen years.

That’s when I learned just how expensive inhalers could be, especially when changing federal regulations eliminated generic versions. Even now, although I have health insurance again, I don’t have a drug benefit. So, I’m still paying big bucks every time I need to get my inhaler prescription refilled.

Thankfully, inhalers are once again becoming more affordable! One of the country’s largest pharmaceutical companies, GlaxoSmithKline, has announced generic versions of both its combination DPI inhaler called Advair Diskus and of the quick-relief albuterol inhaler.

So, how did inhalers become so expensive? There are a couple of reasons.

Prior to the year 2008, most asthma inhalers were of a type called CFC inhalers. CFC stood for chlorofluorocarbons, which were the type of propellant, or spray, used to push the aerosolized medicine out of the inhaler device and into your airways. 1

CFC inhalers worked well for most of us and we liked that we could feel the medicine being projected into our lungs. Unfortunately, CFCs were found to be harmful to the environment, specifically to our ozone layer.  2 The U.S. signed an international agreement called the Montreal Protocol on Substances that Deplete the Ozone Layer in 1988. They continued to be leaders within the Protocol throughout its existence and took strong domestic actions to stop making substances that used CFCs (such as inhalers and aerosol hair spray). 3

Over time, CFC-powered inhalers were phased out in favor of more environmentally-safe versions called HFA inhalers. HFA stands for hydrofluoroalkane, which is simply a different, safer type of propellant. Unfortunately, we users have always maintained that HFA inhalers have a very different taste and feel from our CFC inhalers. The spray has a softer feel that’s harder to detect.

In addition, the care and cleaning of HFA inhalers is much more important in order to ensure you are getting the correct dose. But HFA inhalers deliver the same medicines and are every bit as effective as their predecessor CFC inhalers.

Drug companies had to produce what amounted to brand new asthma medicines because of the HFA requirement. So, this meant that these same medicines we’d been using for years in generic versions were now considered brand-name medicines. And brand-name medicines are protected by patent for seven or more years after development before they are allowed to go generic. That helps protect the company’s investment in initial development and production of the medicine and in bringing it to market. 4

So, even though people with asthma had basically already been taking these same medicines for decades because the propellant changed, they were no longer available in the more affordable, generic versions.

But now, time has passed and generic HFA inhalers are becoming more available. In fact, GlaxoSmithKline announced that a generic HFA albuterol inhaler (quick-relief type) would be available as of January 15, 2019. 5

Also, in the last decade or so, new asthma drugs were developed. Inhalers that combined 2 different types of medicines in one device, both a steroid and a bronchodilator, offered better control for many asthmatics.

Plus, a third type of inhaler, called a dry powder inhaler, was used for some of these combo asthma medicines. A dry powder inhaler can be easier to use than either an HFA or CFC inhaler. It may also deliver a more accurate dose that doesn’t depend on user technique.

But, like the new HFA inhalers, these DPI and combo inhalers were protected by the U.S. patent system for many years. This is now changing, at least in the case of the Advair Diskus inhaler which contains:

It was announced in January that a generic version of Advair had been approved by the FDA. (5)

Are Generic Versions as Good as Brand-Name Drugs?

They must also be the same in the way they are taken and the way are to be used. They may be slightly different in appearance or flavor to distinguish them from the patented medicines. The biggest difference, though, is the cheaper price.

So, why do they cost so much less? Is price any indication of quality? The answer is no. Here is what the CDC has to say on that topic: Generic medicines “tend to cost less than their brand-name counterparts because generic drug applicants do not have to repeat animal and clinical (human) studies that were required of the brand-name medicines to demonstrate safety and effectiveness.” 7

Once generic versions begin to be approved, there can also be more competition, which will lower prices further. It’s a WIN-WIN situation for the consumer.

Generic versions of our tried and true asthma inhaler medicines are just as effective and usually much easier on the pocketbook than the brand-name ones. So, next time you’re getting your asthma inhaler prescription filled, you may want to check with your doctor and/or pharmacist as to whether there is a generic version available yet. I know I’ll be doing that!