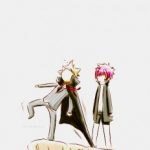 I was diagnosed of with asthma just two years ago. How? After three years of dealing with different medications because of the persisting coughs.

It started with a cold

I was an active person as a kid, although not always exercising, and I don’t get sick that much. I entered college, and it went downhill from there because, well, I really don’t do exercise.

It started when I was second year, after catching a flu and getting sick – somehow the coughs (with phlegm’s) persisted. It was going on and off like a switch, and not until I was in fourth year I was diagnosed to have pneumonia. Another set of medicines with nebulizer and oral medications, and it didn’t really help so we went for a second opinion and it was revealed that I have asthma. That was, November 2015.

Mom said I had it when I was a kid (my brother also had it – and our grandfather) so I guess it didn’t really come out of nowhere. I don’t know how that happened, I mean, children with asthma usually have inhalers and stuff, right? And I didn’t for, the last two decades of my life. I mean, I don’t even know if that’s possible.

So I took medications from November to December in 2015, and got maintenance on vitamins. Fortunately, the mucus was gone and I really hadn’t had any problem for almost a year – without inhalers or any medication. But when we came back last week because my chest felt heavy and was not able to sleep, turns out I do have another maintenance medicine (Maxivent). I was surprised, I mean, her father (they’re family of doctors) hadn’t mention about it because I certainly wouldn’t forget about something like that – I mean, they did insist I would take vitamins for the rest of my life after all.

Anyway, when I took the medication two years ago it was effective. The mucus was gone and I haven’t had any problems. But now, the medications seem to be only working a few hours before the symptoms (chest tightening, cough, anxiety) keeps coming back.

And I would be undergoing Spirometry before going back for an x-ray. Hopefully it would really have helped me find out what exact plan should I have to keep down my asthma and decide if I do need to change my medications. Exercises and diet, y’know.

Don’t care if I irritate mom and the doctors, I would not be taking this lightly and barrage them with questions. Why? Well, because it would certainly help me reduce my anxiety – which is one of my triggers.